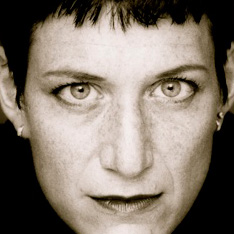 Ha studiato con Martha Graham e danzato nel suo ensemble. Insegna al Laban Center di Londra dal 1992. Susan was born in Florida, USA, attended Florida State University where she received a BA in biology and pursued graduate (MA) work in dance. Moving to New York City in 1979, she trained at the Martha Graham School of Contemporary Dance becoming a performer in the ‘Martha Graham Ensemble’ as well as a teacher on the faculty. She has worked at Laban since 1992 and after a period away returned in 1999 where she is presently a Senior Lecturer and Technique Subject Convenor, teaching contemporary dance (specifically Graham technique), choreography, repertory, and performance. At Laban she has restaged various pieces by Martha Graham, such as Diversion of Angels, Primitive Mysteries (which was the first time the work was performed outside of the US), and Heretic. She has also worked at Southern Methodist University in Dallas, Texas, as a Visiting Assistant Professor and has been a visiting artist with the Venice Biennale’s l’Accademia Isola Danza, the Accademia di Roma, the University of Nice, and the Duncan Centre in Prague, Czech Republic. She has presented at various conferences such as the CORD conference in Taiwan in 2004 and in NYC in 2007. She serves on juries of various dance contests most notably the Settimanale Internazionale di Danza held in Spoleto, Italy. Susan freelances extensively in Italy; teaching workshops, leading choreographic residencies, as well as furthering her personal choreographic voice. She has an ongoing creative interest in collaborating with visual arts and music; in recent years working with visual artists Sally McKay and Claudio Palmieri, and with musicians Ronen Kozokaro and Gabriella dall’ Olio. Susan is fluent in Italian as well as her native language English. She is currently working on her MA, Masters in Creative Practice; which is a course housed at Trinity Laban in association with Independent Dance in London.